I have been rethinking my growing spaces. The top terrace will soon house ducks, and is surrounded by a native hedge. In hindsight planting this hedge, where I wanted to grow veg was a bit of a mistake. Yes, it provides shelter from the wind, but those bushes also feed from the soil, the blackthorn suckers and getting tangled in the dog rose is a pain, so moving a growing area seemed a no brainer.

Our middle terrace originally housed fruit trees and bushes. The bushes will be moved this winter to the area behind our house, so the terrace is ready for a new lease of life. Unfortunately, the ground here is heavy clay and becomes easily waterlogged. We had a stack of rotting logs and a pile of top soil following the pond excavations, so building a couple of Hugels seemed like a sensible idea.

Because a of the way a Hugel is constricted, it makes for raised beds loaded with organic material, nutrients, air pockets for the roots of what you plant. As the years pass, the deep soil of your raised bed becomes incredibly rich and loaded with soil life. As the wood shrinks, it makes more tiny air pockets – so your hugel becomes sort of self tilling. The first few years, the composting process will slightly warm your soil giving you a slightly longer growing season. The woody matter helps to keep nutrient excess from passing into the ground water – and then refeeding that to your garden plants later.

I decided to build a curved and relatively low Hugel. This was to maximise sunlight, minimise wind impact and so that I can easily maintain and plant the mound.  The second Hugel,  when I build it will mirror the shape of this one and will allow space in the centre for another fruit tree. 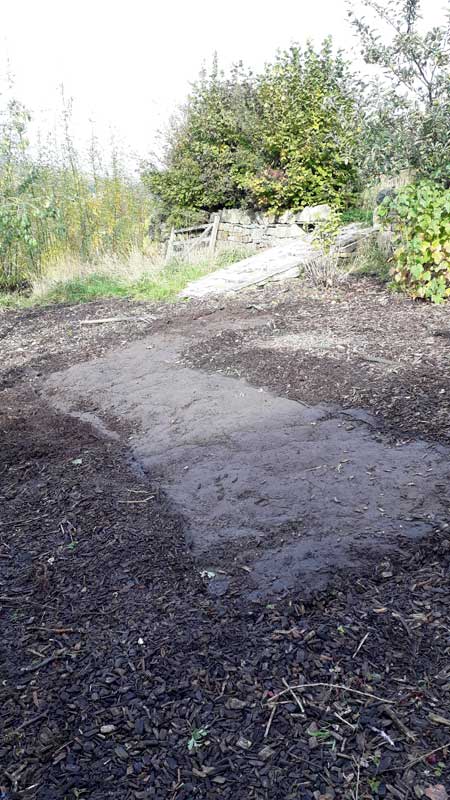 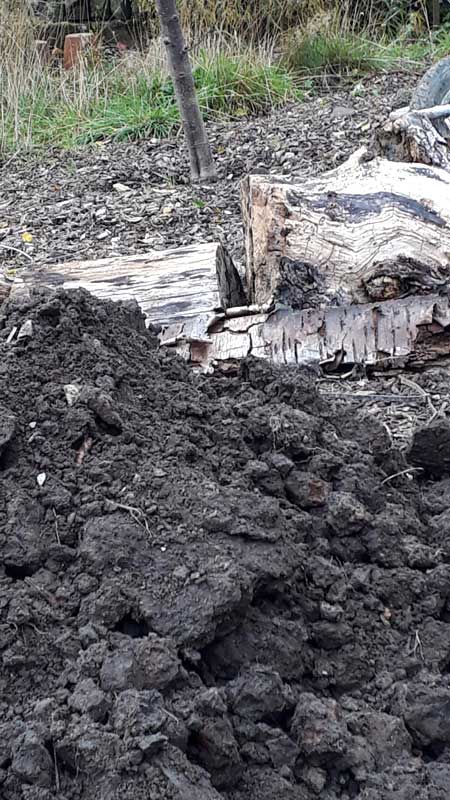 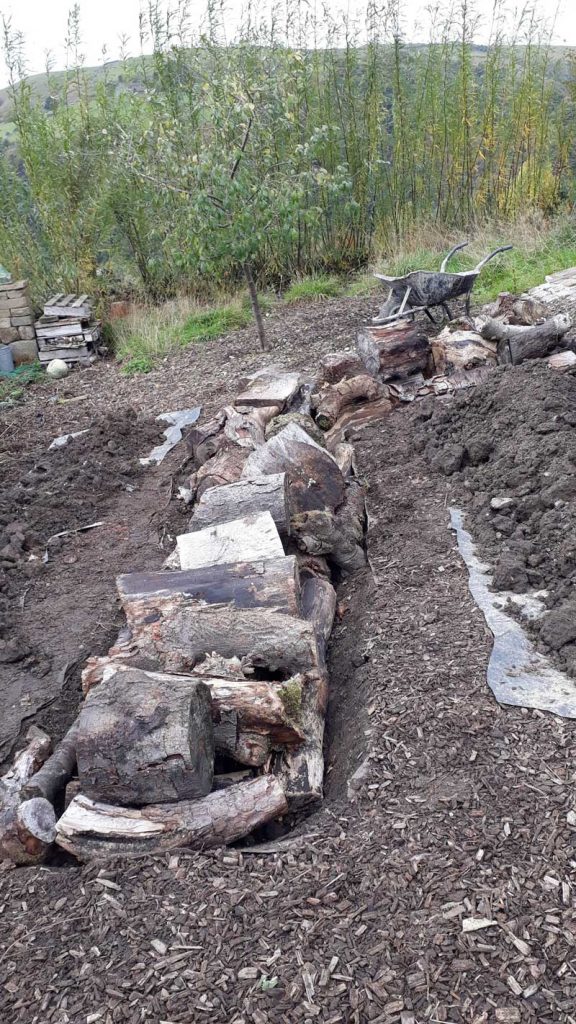 I cleared the ground of existing membrane and wood chip, dug a trench and filled this with the rotting logs I had lying about. 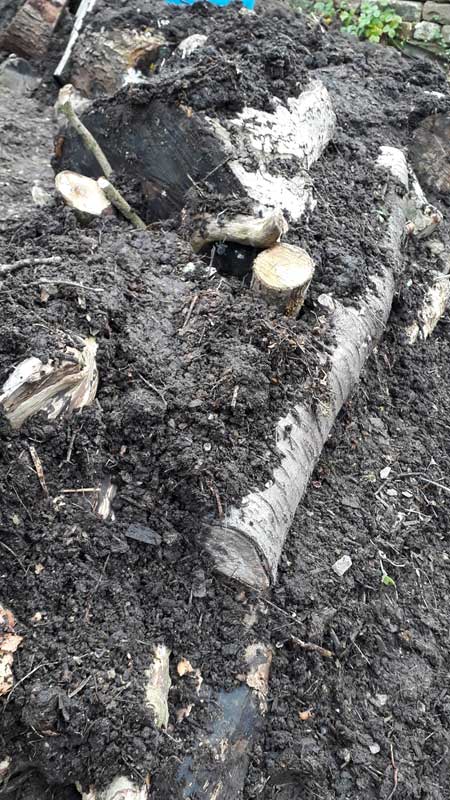 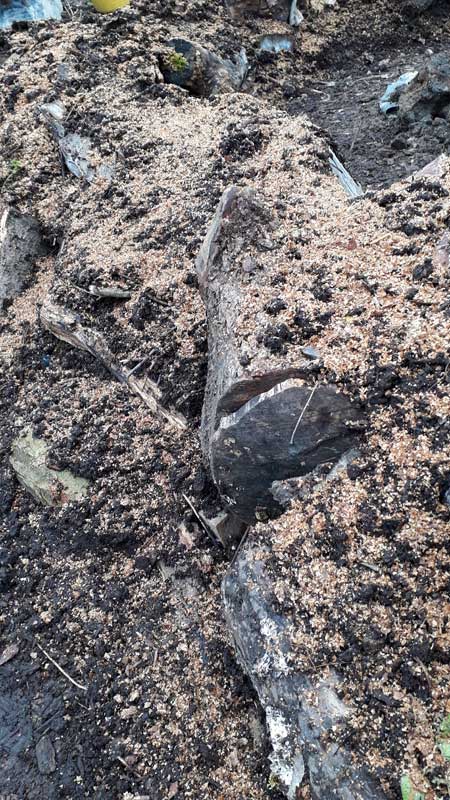 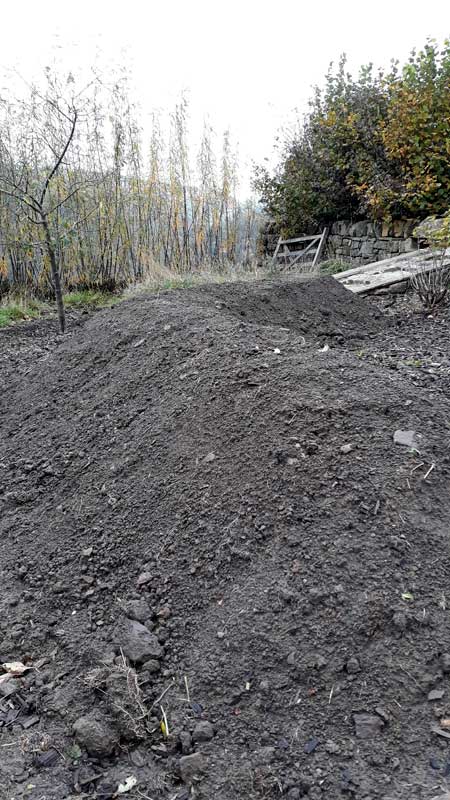 The logs were then covered with a layer or compost, and topped with a covering of my fermented native microbes that will aid the decomposition process. The entire mound was then covered with top soil of a depth of about 6″.  I have seeded the newly planted Hugel with white clover to fix nitrogen, to stabilise the soil and to act as a loving mulch. Some may see this as a bad idea, and time will tell I guess.

2 thoughts on “Hugel what?”